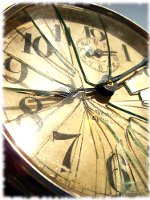 Last week has been an hectic period:

I’ll try to sum up, and conclude with a take-away lesson for next leap second.